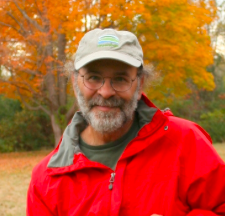 There’s an increasing interest among homeowners, property managers and others to utilize more native species in their landscaping, thanks to books like Doug Tallamy’s Bringing Nature Ho
me, which extol the virtues of native plants over exotic ornamentals for attracting and sustaining beneficial insects. Yet, for some people, this alone may insufficient motivation to “go native.”

The fact that many of our native species are edible by people too provides an additional incentive for people to plant them in their yards and landscapes that might otherwise be insufficiently induced to do so for the ecological rationale alone. 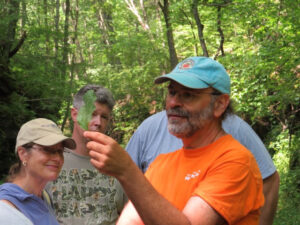 Join Russ Cohen, expert forager and author of Wild Plants I Have Known…and Eaten, for a 60-minute slide show featuring at least two dozen species of native edible wild plants suitable for adding to your own landscape, or nibbling on as you encounter them in other locales. Keys to the identification of each species will be provided, along with edible portions, seasons of availability and preparation methods, along with guidelines for safe and environmentally responsible foraging. Russ will also include a few details regarding some native edible plants he has grown successfully from seed, and the partnerships he has made with conservation groups and others to add edible native plants to their landscapes. 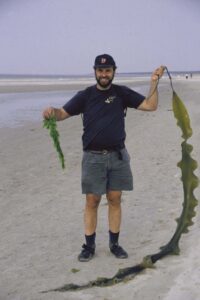 Until his retirement in June of 2015, Russ Cohen’s “day job” was serving as the Rivers Advocate for the Massachusetts Department of Fish and Game’s Division of Ecological Restoration, where one of his areas of expertise was in riparian vegetation. Now Russ has more time to pursue his passionate avocation, which is connecting to nature via his taste buds, and assisting others in doing the same.  Russ has a small nursery in Weston, MA where he grows/keeps more than 1,000 plants that he propagates from seed (some of which he collected himself), as well as obtains from other sources, such as the Native Plant Trust.  He then partners with land trusts, cities and towns, schools and colleges, state and federal agencies, organic farms, tribal groups and others to plant plants from his nursery in appropriate places on their properties.  Russ has initiated over two dozen such projects in the past five years.

Free for members; $10 suggested non-member registration. After the event, you’ll receive a recorded copy of the talk.
Click here to register.